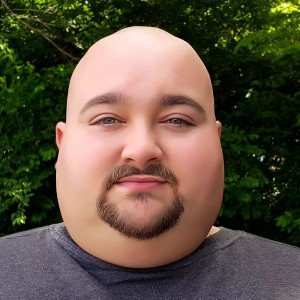 Who is Wesley Horne? Volume 1

Wesley Horne created the ShotDoctor app after he identified a lack of training tools to address non-shooting hand interference.

To understand why the app exists and why it is such a revolutionary training tool, you have to look into who Wesley Horne is and what he has done in his career. In this series, we are going to discuss the man behind the app and look into how his personal experience in the NBA led to ShotDoctor’s creation.

So what did Coach Horne do in the NBA? Coach Horne was an NBA player development coach with the Los Angeles Lakers & Los Angeles Clippers. He worked as a shooting instructor, assistant coach, and a “one on one” personal trainer.

Coach Horne also spent two seasons as a lead NBA statistical analyst for the 76ers. Horne’s office was considered the headquarters for statistical information used to create player development training sessions for every team and player in the NBA.

No one starts out coaching in the major leagues, and Coach Horne was no different. He spent many years coaching and mentoring players before joining the NBA. Horne spent several years as an NCAA, NJCAA, and High School coach. Throughout Horne’s career, he has coached, scouted, trained, and mentored players on all levels.

Starting as a high school coach, Horne began helping players gain skills and become better players. As he progressed into junior college leagues and eventually into the NCAA, Horne noticed a pattern among his players.

Coach Horne believes that it was his time spent coaching before the NBA that led to his understanding of how important fundamental development in youth basketball is.

Talking about his time before the NBA, Coach Horne said “My experience prior to the NBA was nothing short of an obstacle course. Each year I gained a wealth of knowledge through my experiences. I learned how to do things and how not to do things. But I never had the knowledge of knowing how much went into an NBA coach or players’ daily routine.”

Coach Horne’s first taste of the NBA came as an intern for the Philidelphia 76ers. He was hired after his internship and finally began his dream of coaching in the NBA. Horne worked with the 76ers for two seasons as a statistical analyst.  Coach Horne worked under the guidance of the late great Harvey Pollack (AKA Super Stat). Who coined the phrase “triple-double” and is now a member of the NBA Hall of Fame.

He would later accept positions with the Los Angeles Lakers & Los Angeles Clippers. However, even coaching professional players, Horne noticed that players often lacked certain fundamentals of the game. It was this observation that eventually leads to ShotDoctor being created.

Talking about his time before the NBA, Coach Horne said “My experience prior to the NBA was nothing short of an obstacle course. Each year I gained a wealth of knowledge through my experiences. I learned how to do things and how not to do things. But I never had the knowledge of knowing how much went into an NBA coach or players’ daily routine.”

However, Horne discovered that everyone seemed to have difficulty training non-shooting hand interference. While there were products on the market, they all hindered the athlete from moving naturally. Most of the products being used involved a physical device that limited the player from moving or using their non-shooting hand in a particular way. According to Horne, this was not an ideal solution since the players would behave differently once the device was removed. The core issue is muscle memory. Horne said,  “I was inspired to create a solution that very day.”

Check out the App

If you are ready to take control of your form and improve your shooting average, you need to check out the ShotDoctor app. ShotDoctor uses the technology and sensors in an Apple Watch to accurately track your movements and detect the subtle difference in your shots. Using this information and the ShotDoctor algorithms it provides you immediate feedback on how to improve. You can read more bout how the app works on What is ShotDoctor. You can see more on our website at shot.doctor, or you can download the app from the Apple Store. Once you get the app set up, you can start training with a former NBA shooting coach on your wrist today!

Want to talk to us? Email us!

0 replies on “Who is Wesley Horne? Volume 1”

The Top 5 Shooting Habits You Need To Break

Developed by a former NBA Coach, ShotDoctor is revolutionizing the way players are coached. Get your personal shooting coach on your wrist today.

ShotDoctor is the world’s first app to help develop basketball shooters form. By using Apple Watch technology, the app allows you to create perfect form in your shot and is created by a former NBA coach.